Something happened in Egypt that short-circuited a sport that is often treated by governments of all persuasions as a distracting bread and circus for the masses. Something interrupted the despotic drive to stamp out the uniqueness from the flow of Egyptian life. While Salah is seen to bring hope to many, he is an unsettling spectre that silently haunts the establishment, for he has options, international prestige and the perception of untouchability. He has grown to be more than a hero of football success. Salah is a different sort of hero, he is a hero of disruption, and a living paradox of a political voice without talking politics.

Salah operates in a politics of juxtaposition in which his perceived immaculate persona is unconsciously contrasted with the familiar polluted forces of high politics. Namely, why are we investing so much hope in one man? This is more than about the World Cup. Salah is not a substitute for viable high politics. He is, after all, a football player, and a very good one at that, but his insertion into the volatile Egyptian climate sheds some light on what has gone wrong and why the current fervor around him can illuminate the question of Egyptian unhappiness.

Since the revolution, Egyptians have had to live with binaries: revolutionary versus counter-revolutionary, secular versus Islamist, civilian versus military, liberal versus hyper-nationalist, pro and anti-Brotherhood, among others. While many of these binaries have diminished under the shadow of the generals, the unity that has come in its place is a negative unity. Salah might just be the first figure in a while behind which pro- and anti-regime supporters can unite.

It has become commonplace to argue that unhappiness in Egypt is caused by high unemployment, poverty, dysfunctional education, censorship, a crackdown on independent voices, and overall human rights abuses. While there is no doubt these factors contribute to the misery of many Egyptians, there is something worse and pathological that lurks behind them all: The grim reality that new possibilities no longer emerge on the horizon. The dilution of hope that once offered the promise that unhappiness was a temporary moment, now feels for many like the ink of sadness has dried.


Depression disarms you before repression even has time to put on its uniform. For this reason, Salah is like a sudden assertion of human values within a dehumanising system. Astonishing football talent is not always enough to convert non-football watchers. Nor did his story of humble beginnings to stardom take hold in this moment.

There was nothing original in any of these individual success stories. Perhaps because they remained just that: individual. But then came the other, and equally decisive, side of Salah. He politely declined the gift and suggested that a donation to his village Nagrig in Gharbia would make him happier. This move, along with many of his charitable acts, for non-football fans, including myself, was thunderous to say the least, and swayed us to his camp. It is an assault on the senses of millions of Egyptians who are puzzled as to how such developments take place in an era of painful austerity measures, in which they are being asked to continually sacrifice.

His refusal was a significant breach in the business-as-usual patronage and wheeling and dealing circles. Love and respect are two different beasts. Egyptians have long missed looking up to someone who commands respect, at least someone who is not in exile, in prison, or long dead. In recent years, Egyptians have had to live with the exhausting spectacle of doublespeak in which official interpretations are often in conflict with lived realities and common sense.

This war of attrition on rationality has plunged Egyptians deep into a spiral of conformity, scepticism and indifference toward each other. Salah touched on another existential question within Egyptian state and society: the strong desire for international recognition.

In light of this, mentioning Salah in conversation can give many Egyptians a feeling of breathlessness, tingling hands and a sensation of weightlessness. This in part has to do with the function of happiness and meaning. All of them would shun the Anglo-inspired utilitarianism of John Stuart Mills that speaks of happiness as the ultimate net objective and has been largely repackaged for neoliberal modernity, rather than a meaningful higher life that produces happiness as a by-product.

In other words, you cannot separate the attainment of happiness from respect for justice, dignity, honour, etc. Salah offers glimpses into the voids spawned by the above fractures as he communicates not only on the instrumental level of football success, but with meaningful and empathic qualities that come with an honourable character. He saw no need to dismiss or distil his Muslim identity, even after he achieved a turbo-charged social mobility and stardom.

This is not lost on many. It is for the same reasons that Salah can sprout pan-Arab and pan-Islamic wings across the Arab and Muslim world. Between prostrating on the grass and raising his index fingers to the heavens, hundreds of millions of Muslims are drawn to this well-understood language of piety. But this attraction transcends culture and religion. I want to keep it alive by keeping justice alive.

Salah perhaps embodies this ideal. That love of country does not require drums and chest-beating, but grace, sincerity, modesty and charity. He is a reminder to Egyptians that there exists a better human nature in a landscape barren of prominent reverential role-models.

To Egypt and even the rest of the world, Salah is the outlier that proclaims the alternative to nationalism is not treachery but civic responsibility, the alternative to stifling religious conservatism does not always have to be apathy or mockery of the sacred, but breathing faith into a sound value system, and the alternative to injustice can be forgiveness. Ultimately, people had almost forgotten what humility among those with renown looks like. Particularly, a humility that is relentless and consistent, despite being trialled under the stadium floodlights and the stars sprinkled across the Liverpool night sky.

Salah is the rare homecoming party Egyptians have long awaited. His face on dangling lanterns lights up dark alleyways, and his colourful posters germinate over the debris of fading election posters in a country that sees official and media-manufactured heroes reckon with publicly-anointed heroes. While it cannot be implied nor expected that Salah could impact the political situation in Egypt, his animated existence spotlights entry points back into the realm of authenticity.

He widens the moral imagination of an attentive public and parades the possibilities that infer that the rhythm of life involves more than birth, marriage, death and even sports. He also raises questions that many power-holders will have to grapple with eventually, someday: That, above all, there are reasons why people ache for heroes in the first place.

If you are interested then please follow the instructions to apply and to read more details of the workshop , which will then be followed by an interview at the TLG office. The workshop will be conducted primarily in Arabic. Click here for the Facebook event. In , it returns to take on the widespread problem of mediocrity by engaging with sociology, literature and philosophical concepts and various intellectual topics in an informal conversational manner that audience members will find approachable, fascinating and interactive.

#My gifts for the future 1 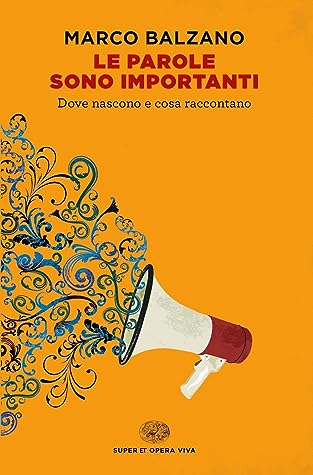 Take a look at our social platforms!